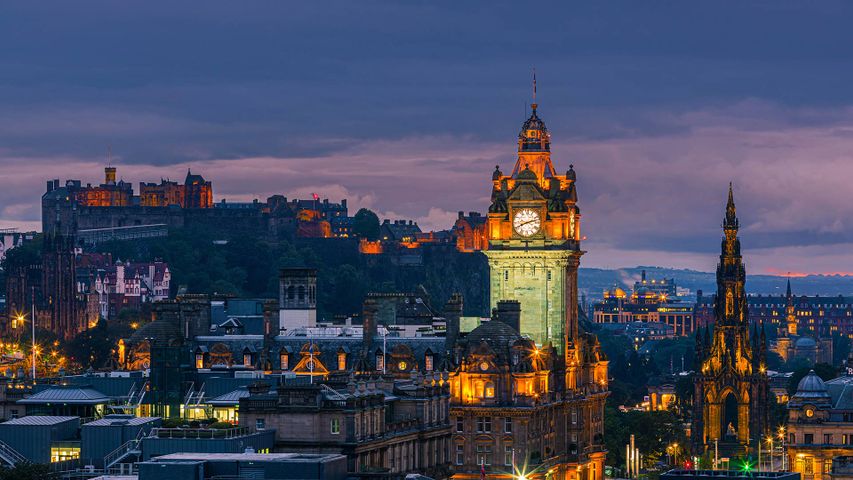 Today we’re taking in sweeping views of the Scottish capital, celebrated as “Scotia’s darling seat” by the poet Robert Burns in his 1786 Address to Edinburgh. His birthday, on 25 January 1759, is marked each year with a traditional Burns Supper. While this year’s celebrations will be much smaller scale as lockdown continues, in homes across Scotland families will be observing Burns Night in their own way. Individual celebrations vary but there are some common themes to the evening’s entertainment, including reading the Address to a Haggis - the “great chieftain o’ the pudding race” - and a rendition of Auld Lang Syne.

Burns was born in the village of Alloway in South Ayrshire but first visited Edinburgh in 1786, hot on the heels of the publication of his volume of works: Poems, Chiefly in the Scottish Dialect. It went down a storm with the Edinburgh elite who welcomed him as a man of letters. The foundation stone of the Burns Monument at the foot of Calton Hill was laid in 1831 - one of many historic monuments on the famous hill. From the top you get fabulous views of some of the city’s most striking landmarks, including those in our photograph - Edinburgh Castle, the Scott Monument and the tower of the Balmoral Hotel.

The sun sets over the Eastgate Clock in Chester.