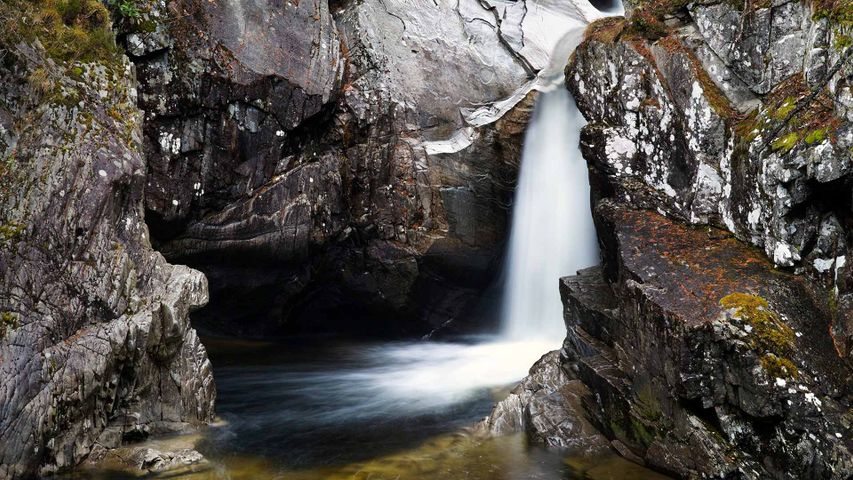 Welcome to the spectacular Falls of Bruar near Blair Atholl, in Perthshire, where we are celebrating Burns Night. All over Scotland and beyond, people mark the birthday of the country’s most famous poet with a traditional supper of haggis, neeps (turnips) and tatties (potatoes), bagpipe-playing, poetry and speeches. The Falls of Bruar have been a tourist attraction since the 1700s and were visited by the bard himself in 1787. He found them "exceedingly picturesque" but noted that the setting was a bit barren. He wrote The Humble Petition of Bruar Water to landowner John Murray, the fourth duke of Atholl, urging him to to “shade my banks wi’ tow’ring trees, and bonnie spreading bushes”.

The duke responded with a major tree planting scheme, as well as two bridges and a network of paths to allow visitors to better appreciate the series of waterfalls. While many trees were chopped down during World War Two, the area was replanted and these dramatic falls are today surrounded by Scots pine, larch and birch trees, among others.