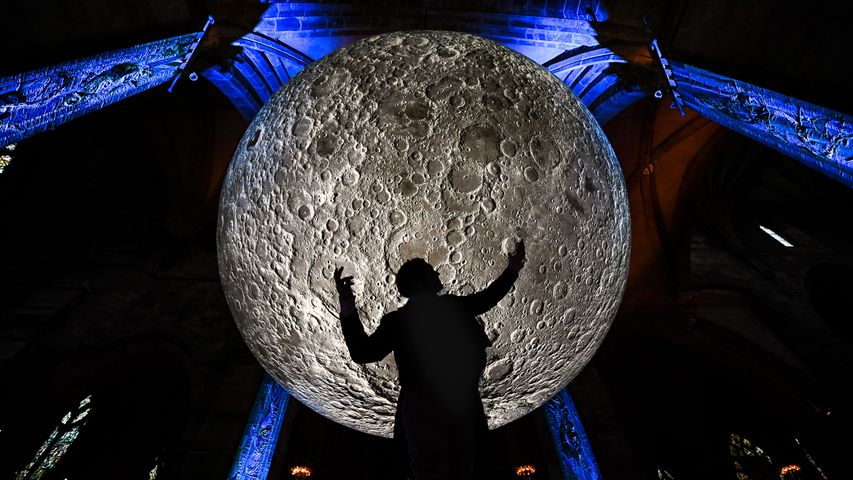 “The sky was blue, the wind was still, the Moon was shining clearly…”. For Burns Night, we’re in Edinburgh, which has hosted a Burns and Beyond arts and culture festival, celebrating the life and legacy of Scotland's national poet, for the past four years. This atmospheric scene is from 2019, when Luke Jerram’s mesmerising installation Museum of the Moon hovered over visitors to St Giles’ Cathedral, complete with an actor playing Robert Burns. It’s actually a type of balloon, about seven metres wide, which is lit from the inside with a high-resolution image of the Moon’s surface, taken by a Nasa satellite, creating an optical illusion in darkened surroundings.

The Moon has been inspiring poets, artists and writers for centuries and Burns certainly nodded to it in many of his poems and songs, including The Rigs O’Barley and Halloween. But it will be two of his best-known works, Address to a Haggis and Auld Lang Syne, which will be read aloud in homes across Scotland and beyond this evening, on the anniversary of Burns’ birth, 25 January 1759. A traditional supper of neeps, tatties and the “great chieftain o’ the pudding race” itself awaits!