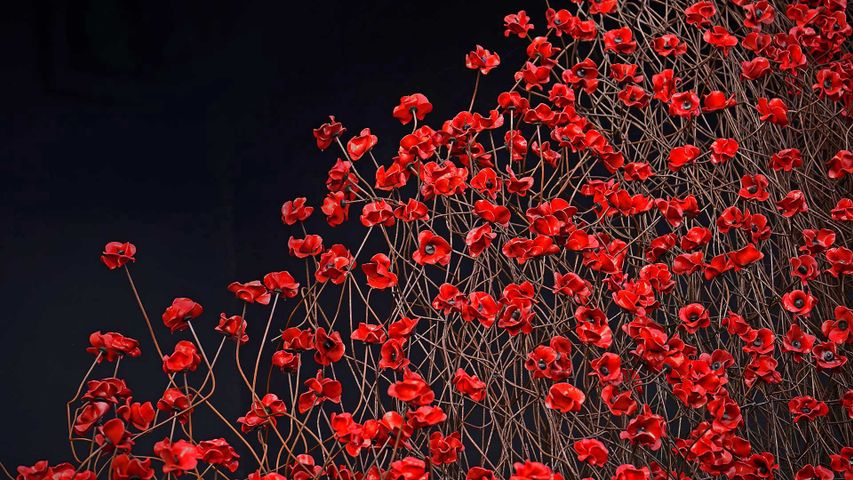 This is part of ‘Blood Swept Lands and Seas of Red,’ an art installation created by Paul Cummins and Tom Piper to commemorate the 100-year anniversary of World War I. Crafted of thousands of ceramic poppies, the touring exhibit has been seen by more than 4 million people in 16 locations around the United Kingdom. One large section of the installation, ‘Wave,’ is currently at the Imperial War Museum North in Manchester, England, which is where our image was photographed. We’re showing it today to honor Armistice Day, the day exactly 100 years ago when the Allied Forces and Germany signed an armistice that ended the war. The US renamed the holiday Veterans Day in 1954 to honor veterans of all its wars. To the roughly 20 million veterans in the US today–thank you.