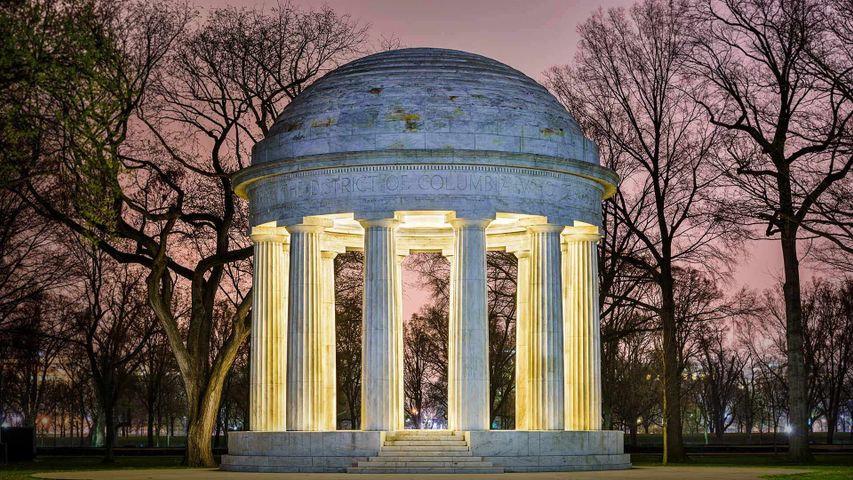 The DC War Memorial, honoring residents of Washington, DC, who fought in World War I

Located near the Lincoln Memorial in West Potomac Park, the DC War Memorial honors citizens of the District of Columbia who served in World War I. It was dedicated in 1931 on Armistice Day, the observance now known as Veterans Day in the US, and is inscribed with the names of the 499 DC residents who died in the war. Built entirely of marble, it was designed to be large enough to accommodate the entire US Marine Band. That way, the structure could be both a memorial and a bandstand, with concerts that would pay tribute to those who served and sacrificed in the war. While Veterans Day was officially observed yesterday, many Americans have today off from work or school. How are you spending the day?