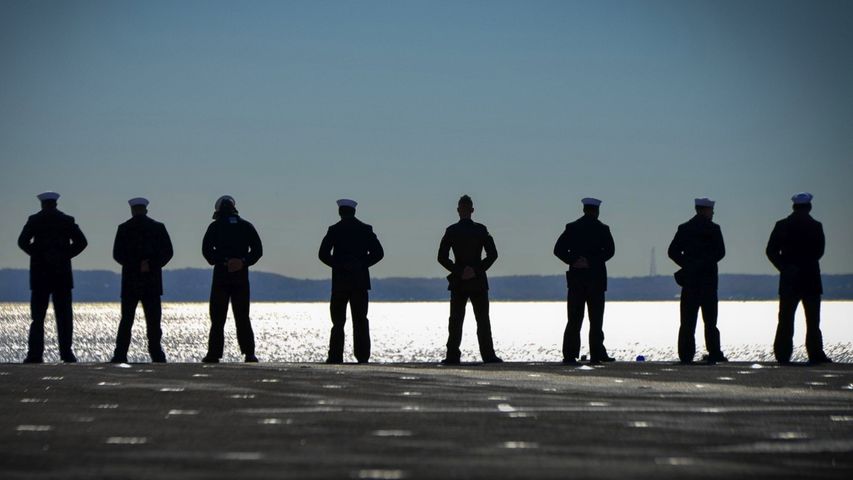 For Veterans Day today, we're featuring a moment captured back in 2016 of US sailors on the amphibious assault ship USS Iwo Jima. It was Veterans Week in New York City, and the ship was sailing across the Hudson River on its way to participate in the events. Every year on November 11 we celebrate Veterans Day and honor all service members living or dead, including these sailors. There are currently around 19 million living veterans and 1.3 million active service members in the US.

The USS Iwo Jima was named for the World War II battle on the Japanese island of Iwo Jima. The five-week battle saw some of the fiercest and bloodiest fighting of the Pacific war. The battle's namesake ship is in active service and has deployed over the years to Liberia, Yemen, Haiti, Israel, and Lebanon. It also provided disaster relief during Hurricane Katrina. The ship's motto, 'Uncommon Valor,' is based on the words of WWII Fleet Admiral Chester W. Nimitz after the battle of Iwo Jima: 'Among the Americans who served on Iwo Jima, uncommon valor was a common virtue.'

Today, we honor all who have served, living or dead. So, if you happen to see a veteran or a current service member today, be sure to tell them, 'Thank you.'