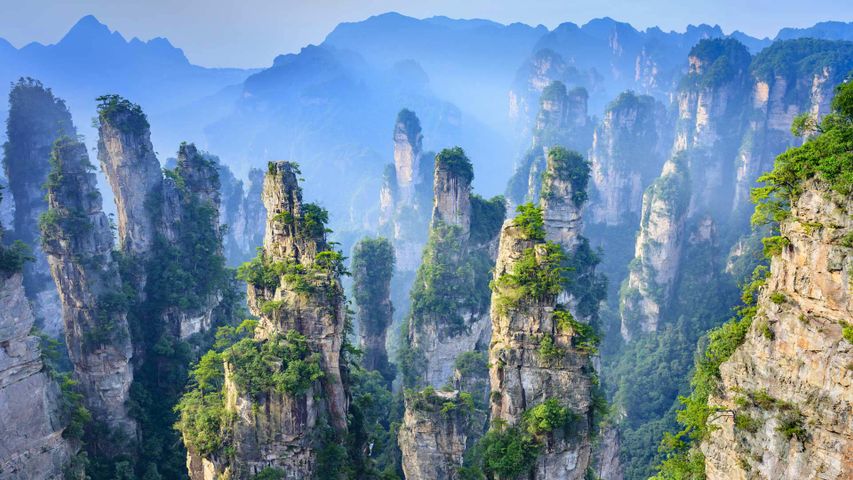 The nearly 12,000-acre park was established in 1982 and is part of the larger Wulingyuan Scenic and Historic Interest Area. A visit to Zhangjiajie can seem like a visit to a mythical world. The local fauna only adds to the park’s mystique, for among the stealthy inhabitants of this unusual ecosystem is the clouded leopard, a rare wild cat that is considered an evolutionary link between smaller cats, such as the lynx, and the big cats like lions and tigers.