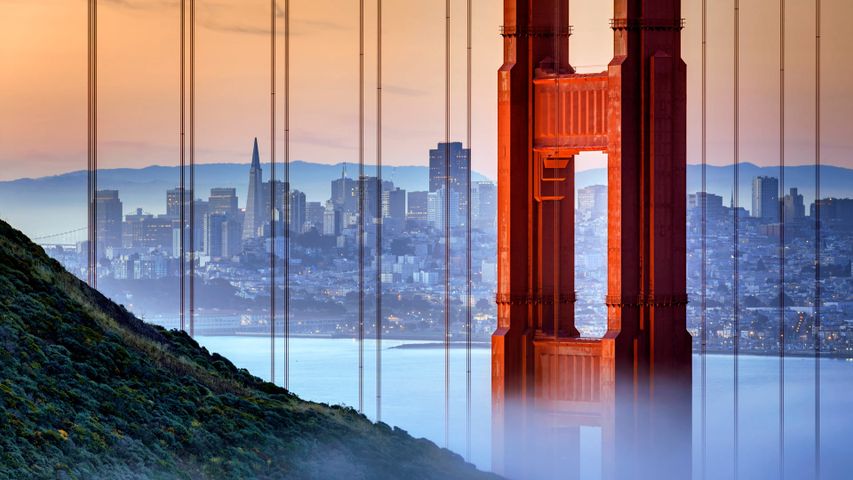 Since it opened on this day in 1937, the Golden Gate Bridge has become perhaps the defining symbol of San Francisco. It’s a city famous for reinvention, one that rebuilt itself after the devastating earthquake and fires of 1906, later becoming ground zero for hippie culture in the 1960s, before morphing again into the urban hub of Silicon Valley. And even when people lose something here, it doesn’t always spell misfortune. In 1962, for example, singer Tony Bennett scored a hit single with ‘I Left My Heart in San Francisco,’ a love song that went on to become one of the official anthems of the city. And in the Telegraph Hill neighbourhood, a flock of lost parrots went on to find fame as the subject of a documentary and book titled ‘The Wild Parrots of Telegraph Hill.’ We’ll call it the luck of the Golden State.