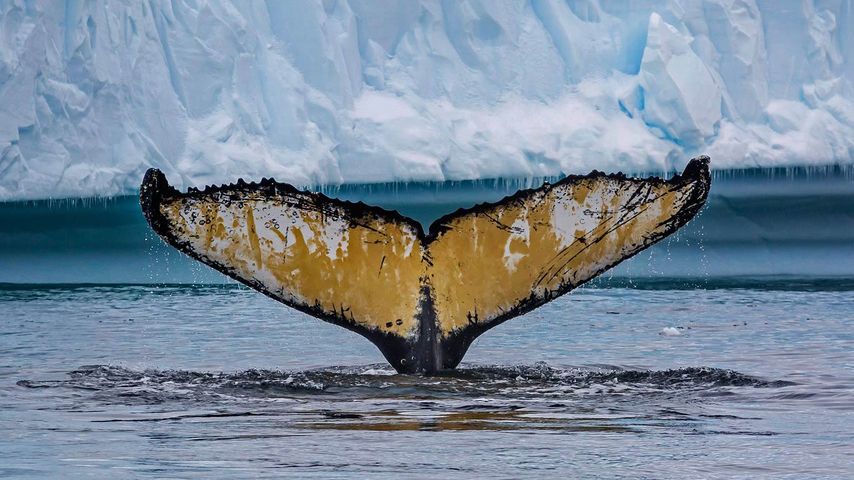 An adult humpback whale is roughly the size of a standard school bus. The tail fin, called a fluke, can be as wide as 18 feet. Most of the time, surfacing humpbacks crest above the water simply to take a breath - they are mammals and can’t breathe underwater so they emerge to breathe deeply through their blow holes before diving again. But from time to time, humpbacks breach. That is, they propel themselves almost entirely out of the water and belly-flop back in. Scientists still aren’t sure exactly why humpbacks do this. It could be a hunting method, a way to clean themselves or (our favourite hypothesis) simply for the fun of it.

And let’s join this humpback in celebrating World Oceans Day today, by paying respect to the 70 percent of the Earth’s surface that isn’t dry land. If the oceans are healthy, so are we.