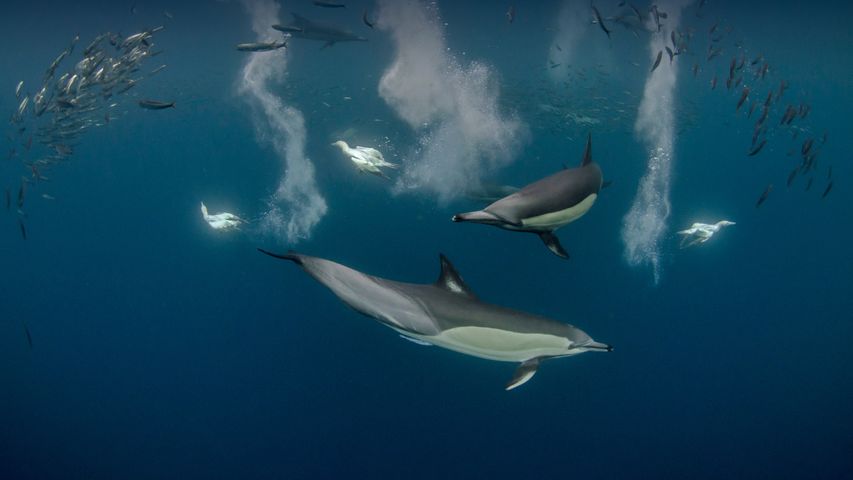 The Pacific sardines pictured here are being herded to the water’s surface by a pod of long-beaked common dolphins, off South Africa’s Eastern Cape province. Once there, they will be easy pickings for the hungry dolphins and others, like these dive-bombing gannets. The dolphins’ hunting technique requires teamwork – something that comes easily to these intelligent marine mammals, known for their tight familial bonds.

World Oceans Day has been recognised by the UN since 2008, an effort to raise awareness of the vital role oceans play in supporting all life on the planet, not just marine life. The oceans are under pressure like never before from pollution and climate change, with many species facing extinction.

Even the smallest fish, like anchovies, herring and these sardines, fill an essential role in the food chain. Mass feedings like this occur throughout the oceans. Scientists have a name for it: multi-species feeding associations. One massive shoal of small fish can feed many larger creatures, demonstrating how life in the sea is interconnected and how every organism has a part to play.