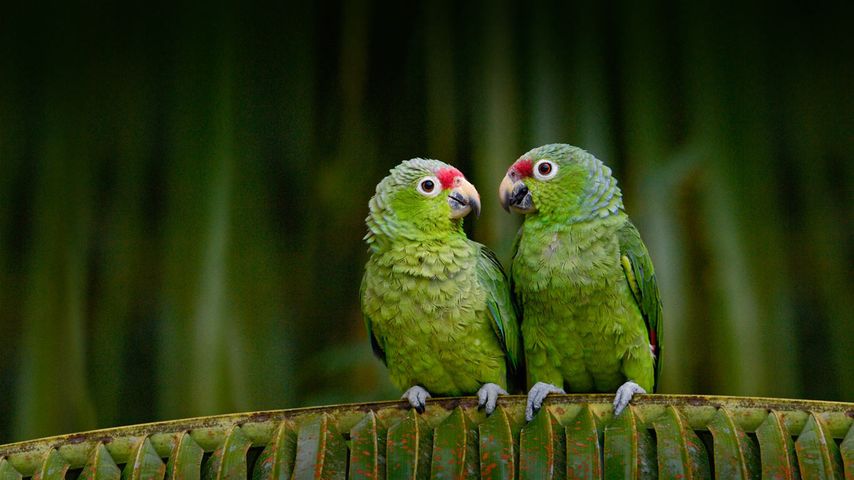 It’s possible that during the Golden Age of Piracy—broadly from 1650 to 1730—parrots such as these red-lored amazons were seen on pirate ships. Exotic birds, especially parrots who could imitate human speech, were worth a lot of money in Europe. There’s no evidence that pirate captains walked around with parrots on their shoulders though. Why all this pirate talk instead of bird trivia? It’s International Talk Like a Pirate Day, me hearties! It’s much easier to show you two parrots instead of an 18th-century raider from the high seas. Have you heard our pirate-talk tutorial?