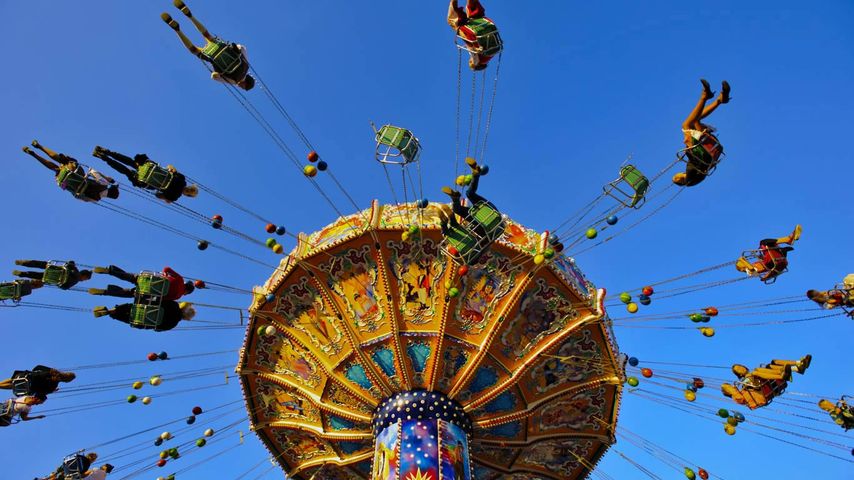 Once these riders disembark from the swing ride, they’ll have plenty of other entertainment options on this first day of the Oktoberfest in Munich. The beer-soaked celebration began in 1810 as a royal wedding reception. But the fete was so fun, the Bavarian royals continued to hold the party year after year, and now 6 million people take part in the festival in Munich. Of course, many cities beyond Munich, and beyond Bavaria and Germany, host Oktoberfest celebrations. Maybe there’s one near you?