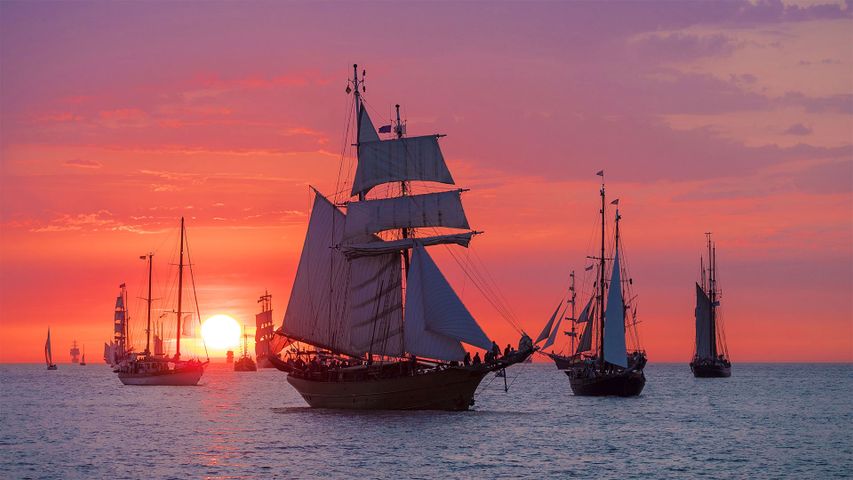 These sailboats in Warnemünde, Germany, set the scene perfectly for International Talk Like a Pirate Day. The holiday (yeah, we're calling it a holiday) was first imagined in 1995 by two U.S. residents in Oregon. September 19 was chosen for the annual observance since one of them had an ex-wife whose birthday fell on that day and they figured they could remember it. A few years later, seeking widespread adoption, they pitched the idea to American humour columnist Dave Barry, who wrote, 'Every now and then, some visionary individuals come along with a concept that is so original and so revolutionary that your immediate reaction is: "Those individuals should be on medication."' From there, it went viral, and these days, September 19 is celebrated internationally, with major brands and media personalities joining in the silliness. We're fans, too. Just picture us typin' this here with an eye patch, peg leg, an' pocket full o' swag doubloons. Arrr!