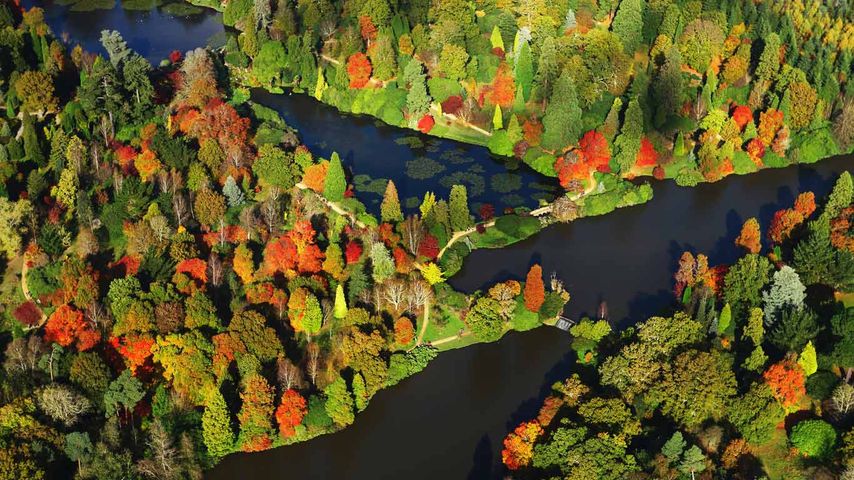 Five miles east of Haywards Heath in East Sussex lies a historic garden bordered by parkland and woodland which erupts into a riot of colour in the autumn. Now owned by the National Trust, the garden was originally laid out by English landscape architect Capability Brown in the 18th century. Arthur Soames, owner during the early 20th century, introduced many of the species which create this spectacular autumn palette and reflect in the cluster of mirror-like lakes. If you get to visit the dazzling displays of colour, listen out for the sound of steam trains operating between Sheffield Park and East Grinstead on the Bluebell Railway, which is a heritage line running for 11 miles (17.7 km) along the border between East and West Sussex.