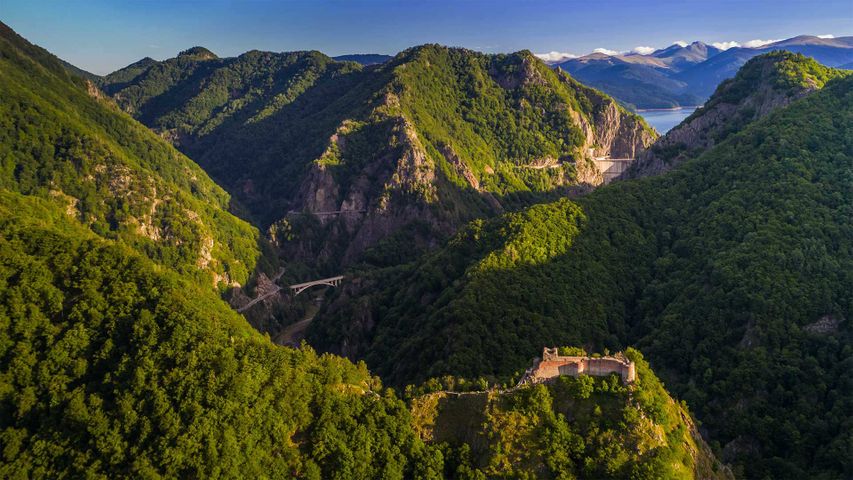 Dracula’s castle?. A castle fit for a count

Peeking out above the trees in the Făgăraș Mountains of Romania is Poenari Castle, an ancient structure steeped in history and legend. In the 15th century this castle was occupied by the notoriously ruthless Vlad III, aka Vlad the Impaler, aka Vlad Dracula. Vlad wasn’t a vampire, but he was known for treating his enemies with particular cruelty. His bloody resistance to Ottoman encroachment would make him a national hero and the subject of much folklore, some of it gruesome. These tales are probably what inspired author Bram Stoker to name his fictional vampire Count Dracula.

Poenari Castle continued to be used following Vlad's death in 1476 but was abandoned decades later. It fell into ruin over the centuries, as earthquakes and landslides sent parts of the building down the cliff and into the Argeș River below. Visiting the ruins today requires determination and stamina. It's a climb up 1,480 steps to the citadel walls. Unless you can turn into a bat and fly straight to the top.