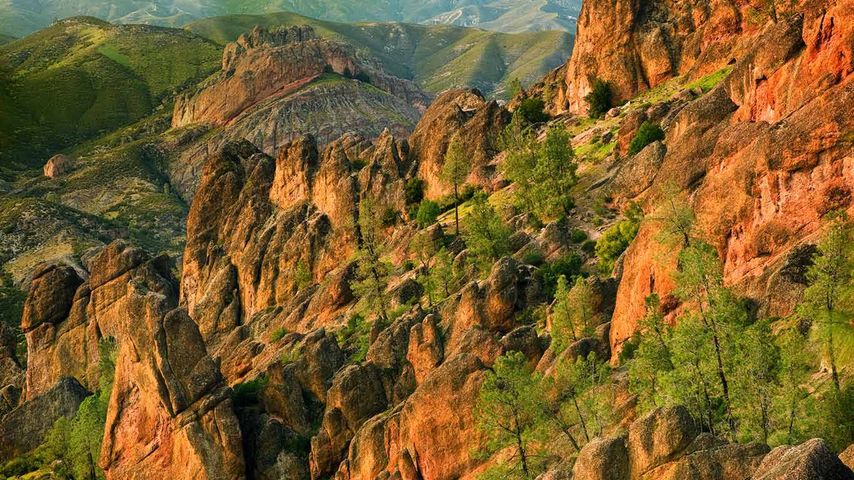 Pinnacles was established as a national park just three years ago. That makes it the newest national park in the United States, but its namesake features - these rock spires - were millions of years in the making. Roughly 23 million years ago, volcanos erupted to form a 30-mile-wide volcanic field, which was then split in two by a shift in the San Andreas fault. The western side of the field gradually moved nearly 200 miles north, all the while being eroded by water, ice and wind. The rock that's left behind is now shaped into these pinnacles.