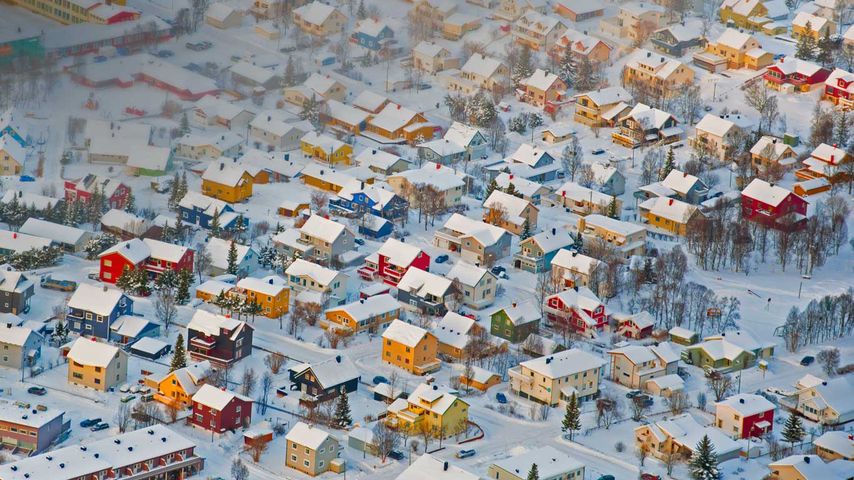 This photo of Tromsø probably wasn’t taken in December. This time of year—from late November to late January—this city in northern Norway is plunged into the darkness of the polar night. Tromsø’s far enough north that as the winter solstice approaches, and for weeks afterward, the sun never rises fully above the horizon. Add to that the mountains that surround the city and you end up with just a few hours of blue twilight during what would normally be daylight hours.