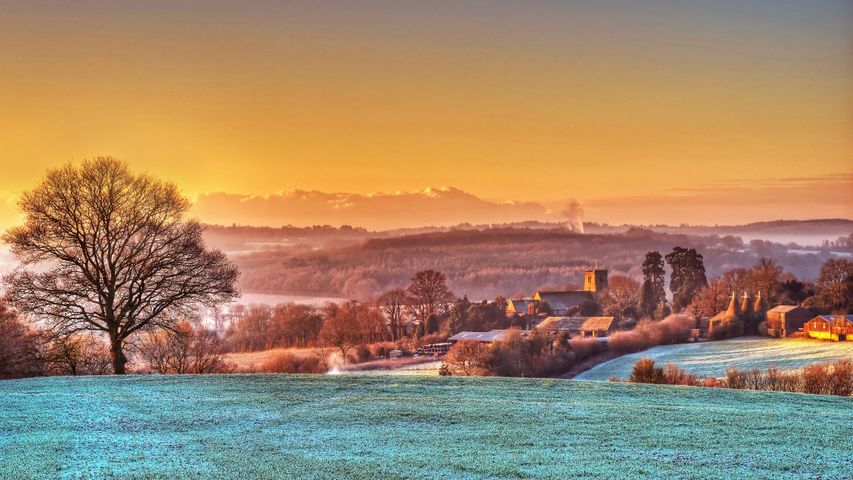 Today we’re visiting the village of Salehurst in East Sussex, south-east England. One of northern Europe’s best-surviving medieval landscapes, it is a mixture of ancient woodland, hills, farmsteads, deep valleys and small fields, crossed with sunken droveways – a road or track along which livestock were driven.

The high ridges and deep valleys in this area sit upon layers of hard sandstone, soft clay and chalk. It is dotted with unusual sandstone outcrops, as well as historic buildings from 16th-century timber-framed houses to 17th-century farmsteads and 200-year-old oast houses, like the three seen to the right of our photo with the tall circular roofs, which were once used to dry and store hops as part of the brewing process. The church in the centre is a medieval building from the 13th century.