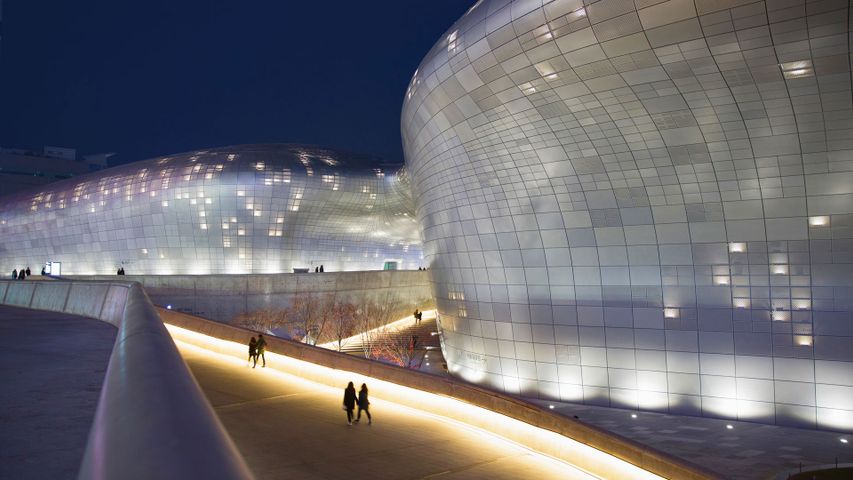 Opened in 2014, this space-age-looking plaza in Seoul has quickly become a major tourist attraction in the city’s fashion district. The design of the Dongdaemun Design Plaza (DDP), by the influential late architect Zaha Hadid, is intentionally forward-looking, and many of the exhibits in the various halls and buildings highlight the growing cultural influence of South Korea. But the DDP acknowledges the past too: On site is a museum commemorating the sports arena that once stood here. A replacement stadium is under construction nearby.