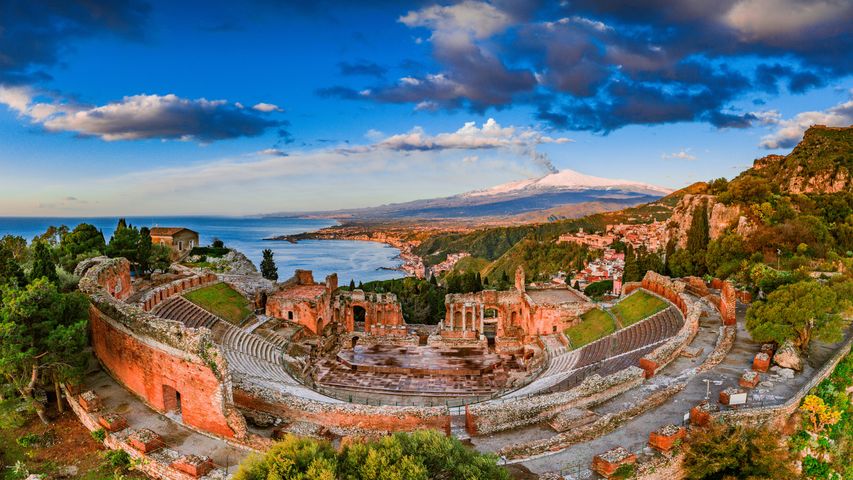 What better place to celebrate World Theatre Day than the ancient theater of Taormina, Sicily, an amphitheater built in the Hellenistic style of the Greeks in the third century BCE. The venue was later expanded by the Romans and is one of the signature sights in Taormina. And if you look in the upper-right corner of the photo, that's Mount Etna giving a performance of its own, spewing a little ash and smoke.

The theater is still in use, hosting operas, theatrical productions, and concerts. The beauty of this town, built into a steep hill overlooking the Ionian Sea and Mount Etna, is said to have inspired writers and thinkers both ancient and modern, from Plato to D.H. Lawrence and Truman Capote.

Since 1962 World Theatre Day has been celebrated every March 27 by theater professionals, organizations, universities, and theater lovers across the continents. Each year a speaker is selected to deliver a message about the importance of theater and its value to humanity.