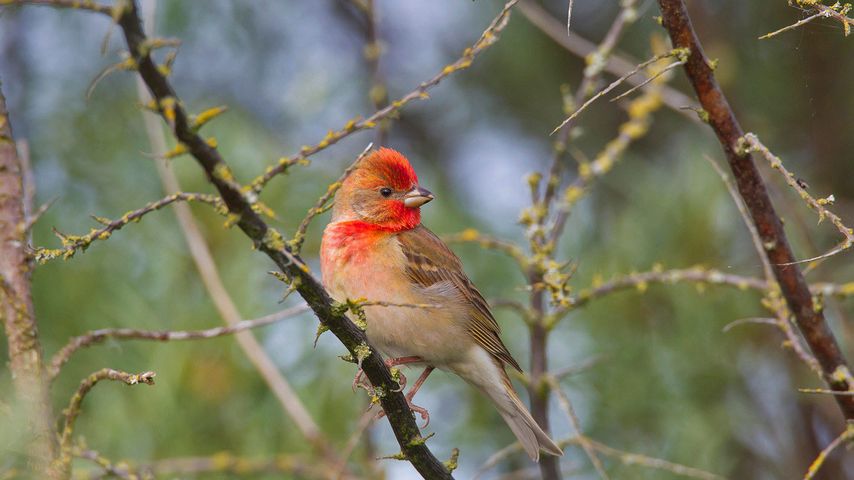 The common rosefinch really is pretty common—it’s widely distributed, at least across Western Europe and Asia. To see one of the specimens that earned the bird its colorful name, make sure you’re looking for a male. He’s the one with the bright red cap, face, and chest. There are rare sightings of the common rosefinch in the eastern reaches of Great Britain and even rarer sightings on the far western coast of Alaska, the bird’s only appearance in the Western Hemisphere. Which makes the common rosefinch uncommon, at least on this side of the pond.