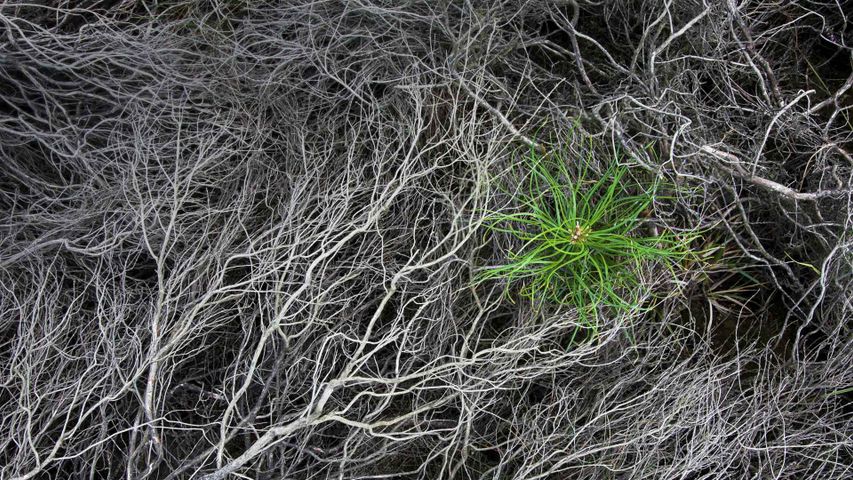 In 2010, a fire broke out in the heather and juniper heathlands of Strabrechtse Heide, a preserved natural area in the southern region of the Netherlands. Hundreds of firefighters and members of the Dutch military worked for a week to fully extinguish the flames. Two years later, this photograph documents a tiny pine start growing up from the gray remnants of burnt heather in the damaged portion of Strabrechtse Heide. Eventually, the land ecosystem here will balance itself and more flora and fauna will return. In the meantime, this brave pioneer demonstrates the power of nature to heal itself.

Aerial view of the Big Sur coastline near Monterey, California