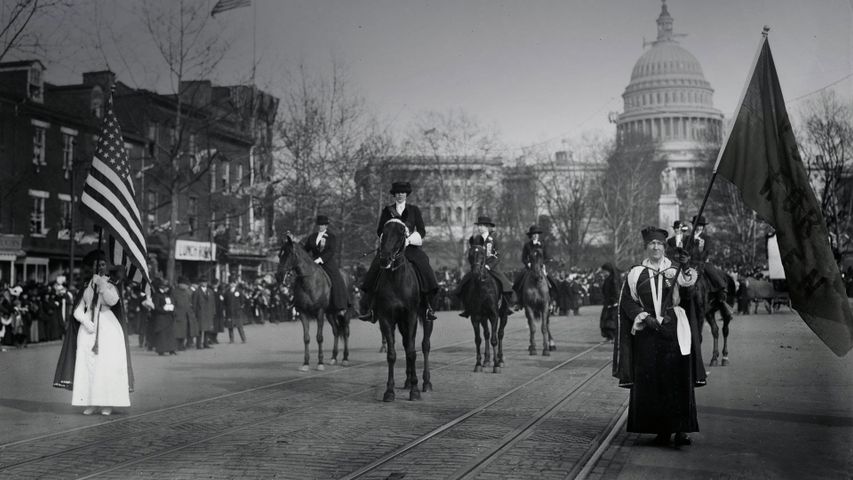 Less than 100 years ago, women in the United States weren’t allowed to vote. After decades of local efforts, activists organized the first national women’s suffrage demonstration in 1913 in Washington, DC. The march took place on the eve of Woodrow Wilson’s presidential inauguration. Organized chiefly by Alice Paul, the parade gathered as many as 8,000 marchers to demand an amendment to the Constitution guaranteeing women the right to vote. As the parade moved down Pennsylvania Avenue, seen here, it became choked with tens of thousands of onlookers—mainly men—many of whom shoved and tripped the marchers while policemen stood by. In the end, more than 100 marchers were hospitalized, but the ensuing publicity garnered support for their cause, eventually leading to popular backing for the passage of the 19th Amendment to the Constitution. In 1920 women finally gained the right to vote in the United States.