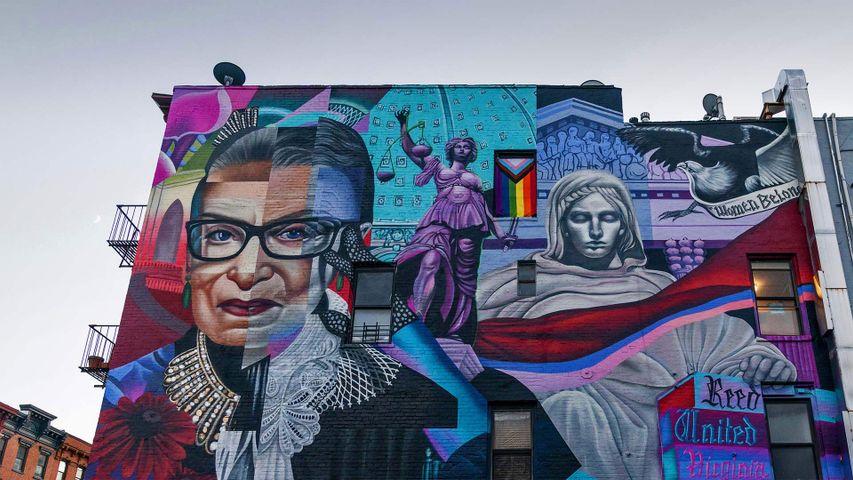 A notorious advocate for women

Today is March 8, which means it's International Women's Day, the UN-sponsored celebration of women's achievements and a push for gender equity around the globe. To honor this year's event, we turn to New York City's East Village, where Brooklyn-based street artist Elle painted the mural you see here as an homage to one of America's most notorious advocates for women, the late Supreme Court justice Ruth Bader Ginsburg, affectionately called RBG.

Painted just months after RBG's death in September 2020, the mural includes a variety of images symbolizing the late justice's life and career, including the Brooklyn Bridge, signifying Ginsburg's childhood home, as well as a nod to the rapper and fellow Brooklynite Biggie Smalls, who also happens to be the inspiration for her Notorious RBG nickname. Other symbols in the mural include Lady Liberty, the ceiling of the Library of Congress, and some black-eyed Susan flowers that are said to represent justice. The work also features a quote (in part), which seems to define her breathtaking legacy in court: 'Women belong in all places where decisions are being made.'

Are you ready to make decisions? Try deciding how to answer today's RBG-themed quiz. Like RBG, it's short, but spunky.