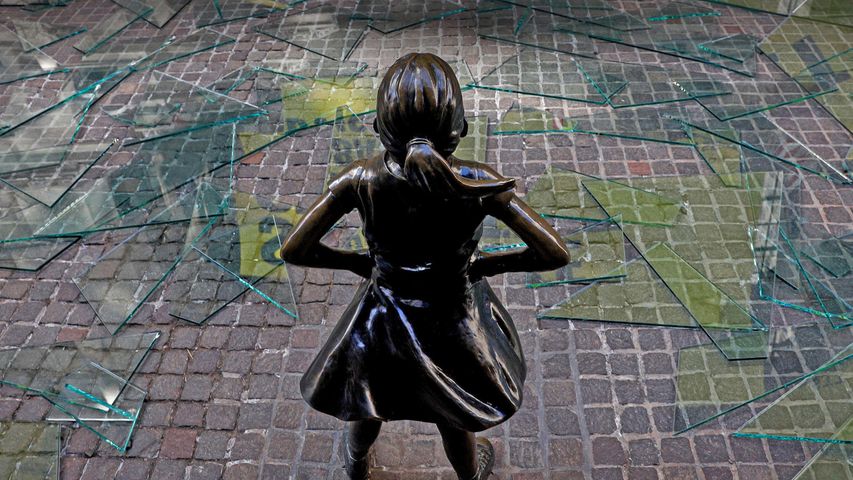 This famous feisty girl stands her ground in front of the New York Stock Exchange in lower Manhattan, a striking reminder as we celebrate International Women's Day that we still have work to do in the quest for gender equality. Kristen Visbal's bronze sculpture 'Fearless Girl' took up her power pose in 2017 facing down the iconic Wall Street bronze statue called 'Charging Bull.' For the 2021 observance of International Women's Day, the corporate sponsor of 'Fearless Girl' added broken glass around her, with a plaque that read: "Today's broken glass ceilings are tomorrow's stepping stones."

While many glass ceilings are indeed being broken, much work remains in the fight for gender equality in pay and opportunity. The National Women's Law Center reports that US women who work full time earn 82 cents for every dollar paid to men performing similar work. And those lost cents add up. One study suggests the disparity is stark: Over a lifetime, a woman in the US can be denied hundreds of thousands of dollars in pay. And the losses are especially pronounced among Black women, who remain underrepresented in high-earning positions.

The 2022 theme for International Women's Day is #BreakTheBias, and organizers call on us to imagine a 'world free of bias, stereotypes, and discrimination…A world that is diverse, equitable, and inclusive.' Bring it on.