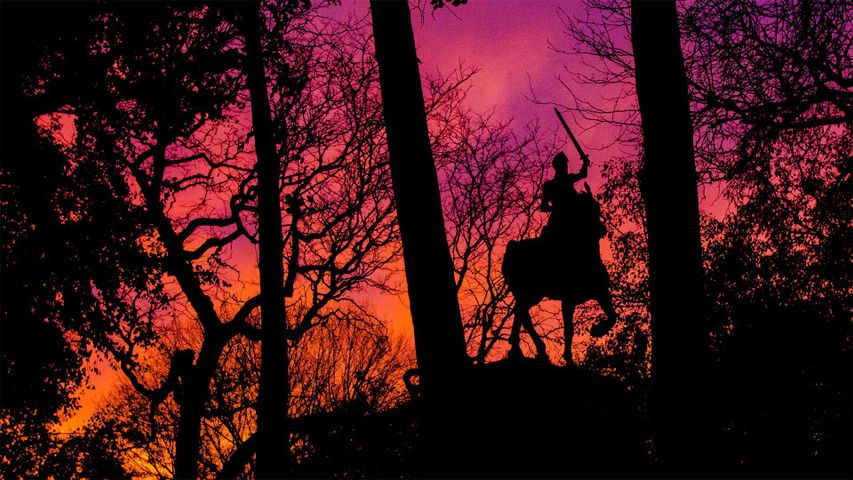 Joan of Arc leads the charge through New York's Riverside Park for our celebration of International Women's Day. This year’s Women's Day observance is particularly meaningful in the United States because 2020 marks 100 years since American women won the right to vote nationwide. That victory was the result of a long, difficult struggle by suffragists—women who faced ridicule, slander, imprisonment, and outright brutality for their efforts to claim the right to vote. These women often drew inspiration from Joan of Arc, who became a feminist symbol of the female warrior for universal rights. In their marches and demonstrations in the early 1900s, suffragists often dressed as Joan and invoked her heroism in defiance of a male-dominated culture.

Artist Anna Hyatt Huntington surely thought to harness some of this feminist righteousness in choosing Joan of Arc as the subject for this sculpture. Huntington herself was a trailblazing woman for her era—a successful female artist. In 1910, she first exhibited a version of her Joan of Arc statue at the Salon de Paris, a prestigious art exhibition dating from the 1600s. But she only earned honorable mention because the exhibition's judges didn't think a woman working alone could create a sculpture of that magnitude. Paris' loss is Manhattan's gain, as the city soon commissioned a new Saint Joan for display at Riverside Park. It's stories like this that we enjoy sharing on International Women's Day.