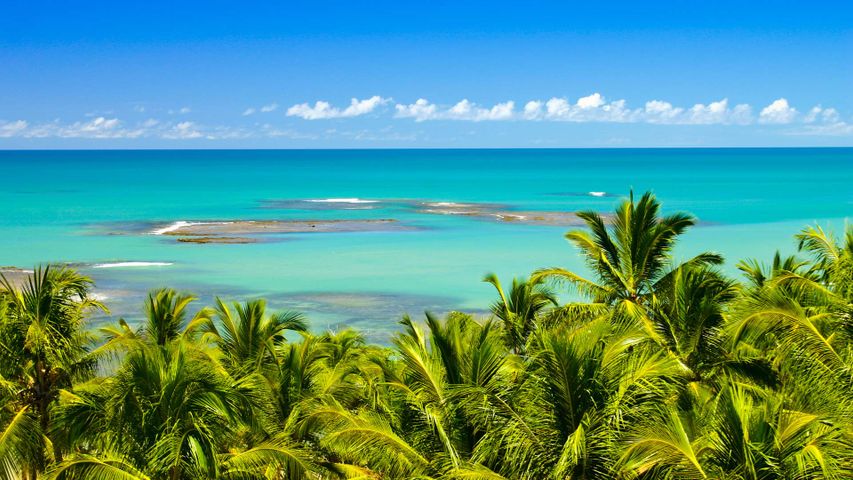 Mirror Beach is usually named as one of Brazil’s most beautiful beaches. Therefore, this piece of land near Trancoso, a village in the southern coast of Bahia, is often packed with tourists in the high season. The sea looks like a crystalline mirror reflecting the marine life, the sand is white, and the coconut trees lay down a genuine postcard. That said, history draws even more attention to this landscape. Back in 1500, after 43 days sailing the South Atlantic towards West, a fleet of thirteen ships headed by Portuguese explorer Pedro Álvares Cabral arrived in this region, then populated by indigenous tribes. The fleet anchored nearby Mirror Beach, in the mouth of Rio dos Frades, and the captain along with his sailors started exploring the coast and claimed the vast unexplored land to the Portuguese crown — despite known as ‘Discovery of Brazil’, it is broadly recognized by modern historians that Portuguese explorers knew they were heading to the New World. Now we can just imagine what they thought about Mirror Beach at first sight.