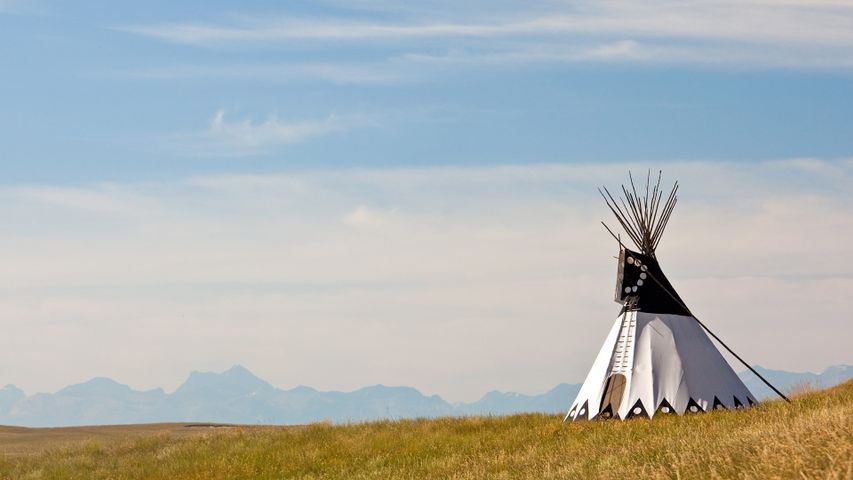 Teepee, also known as Tipi, is a tent traditionally made from animal skin. While teepees were historically used by Indigenous people, notably in the Canadian Prairies, today the community uses them primarily for conducting ceremonial rituals. What distinguishes teepees from regular tents is the smoke flap at the top. This opening is in place to enable the occupant to cook over an open fire. Furthermore, teepees are durable in condition and can not only withstand the extreme cold temperatures in the winter but can also provide protection from heat waves and heavy rains.

Canada 150 fact: Pictured here is the site of Head-Smashed-In Buffalo Jump, a World Heritage Site since 1981. The cliffs lying here were used by native people to hunt bison in the region. The term “Head Smashed-In” derives from the act of stampeding buffalo over the cliffs.

Climbers in three portaledges with mosquito netting camp in trees on the California Coast near Elk, California

Mist rises over the forest in Banff National Park, Alberta