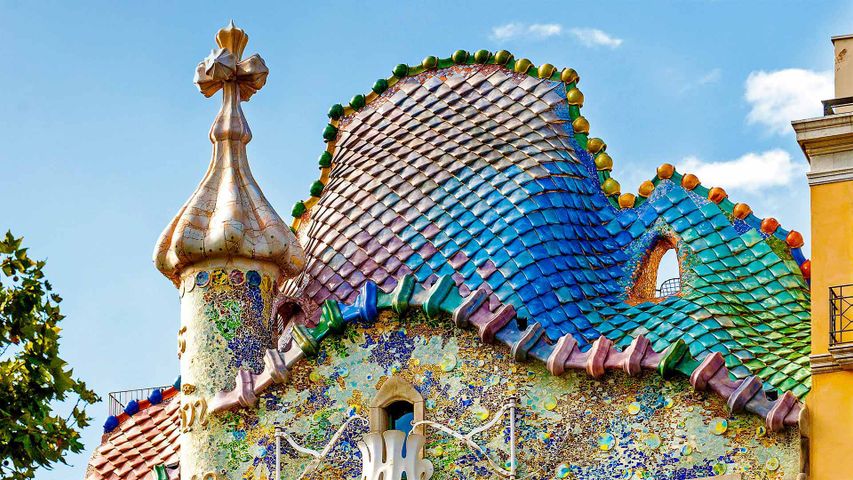 We're looking at the rooftop of Casa Batlló, a six-storey building in the centre of Barcelona topped with colourful 'scales.' What brings us here? Well, here in Spain's province of Catalonia, and in several other locales from England to Ethiopia, it's the feast of Saint George. You know George (or Jordi, as the Catalans call him): He's the knight who, legend holds, saved a much-loved princess by defeating a fierce dragon. It's said the tower jutting from the Casa's tiled roof represents George's lance thrust into the monster's scaly back.

George is Catalonia's patron saint—but the designer of Casa Batlló's façade could be called the land's patron architect. Antoni Gaudí designed dozens of buildings around Barcelona in matching fashion: bold fairy-tale designs with curvy constructions and vibrant colours. Gaudí's long-unfinished masterpiece, the famous Sagrada Família cathedral, is set to be completed in 2026, a century after his passing.