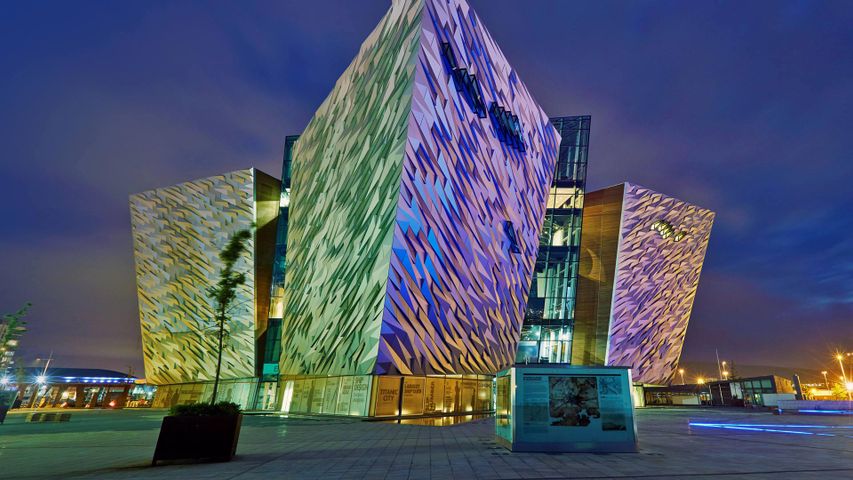 The museum, called Titanic Belfast, commemorates the tragic end of the ocean liner that hit an iceberg on its celebrated maiden voyage 105 years ago today and sank in the Atlantic early the next morning. But the museum also fosters an appreciation for the ship’s close ties with the Northern Ireland capital city. From the mid-19th to the mid-20th centuries, production at the dry docks where the museum now stands drove much of the economy in Belfast and the region. Numerous large ships similar to the RMS Titanic were built here, and the museum uses the well-known Titanic story as a way to tell the larger story of Belfast’s ship-building industry.