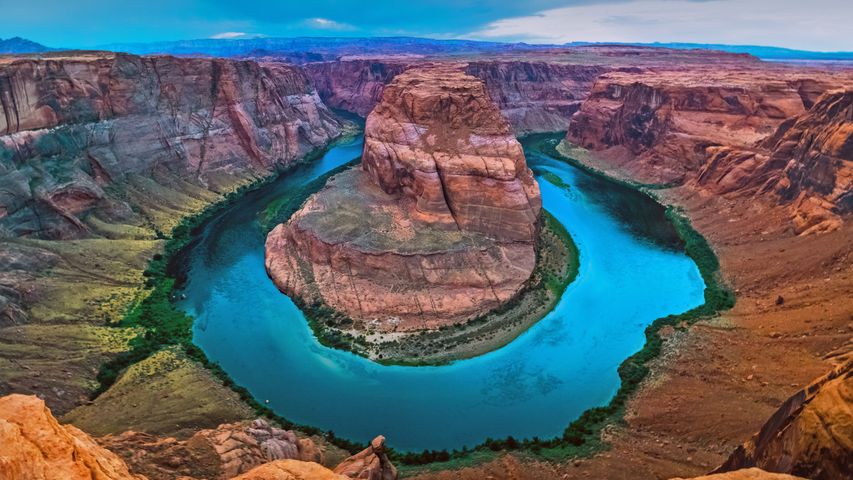 Grab your boots and gear, today we're heading to Arizona to hike out to Horseshoe Bend. Known as the 'east rim of the Grand Canyon,' it's actually about 140 miles from the other rims and is really more a part of nearby Glen Canyon. Scientifically, the beautiful view exists thanks to something called an 'entrenched meander.' Around 6 million years ago, the area was closer to sea level. The Colorado River, following the path of least resistance, meandered and became trapped when the Colorado Plateau uplifted around 5 million years ago. Over time, the river water cut through exposed sandstone, forming the thousand-foot-deep, 270-degree horseshoe-shaped bend.

Horseshoe Bend used to be a locally loved gem until social media came around to spread photos like this one. Now, nearly 2 million tourists a year visit this natural wonder. It's believed that eventually the Colorado River will cut through the neck of the bend. So, if you want your selfie with the horseshoe, you only have another million years, give or take.