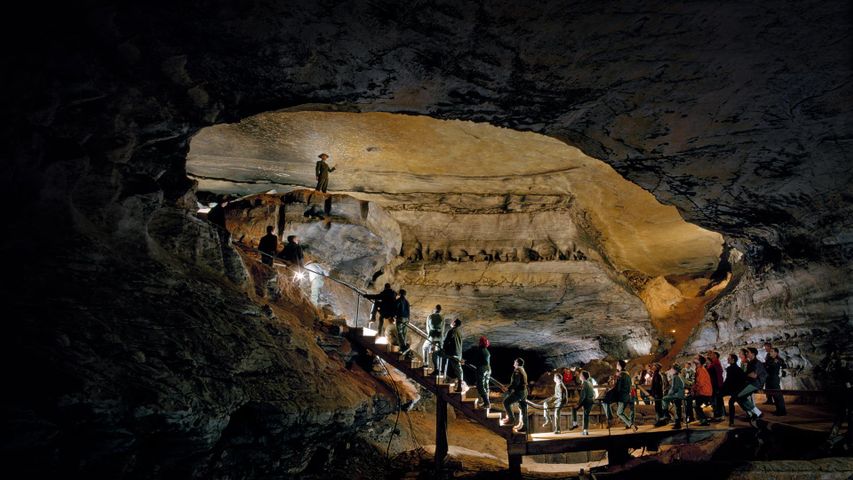 There are hiking trails and campsites in the forests and near the rivers that course through Mammoth Cave National Park. But it’s the world’s longest known cave system beneath the forest land that draws visitors to this landmark in Kentucky. Park rangers are able to give tours such as this one, in the portion known as Booth’s Amphitheater, thanks in large part to a man named Stephen Bishop. It was Bishop, a slave, who dared to climb across the opening of Mammoth’s Bottomless Pit and explore many miles of the cave system beyond that. In 1844, Bishop’s extensive map of Mammoth Cave was published, documenting passages and spaces previously uncharted.