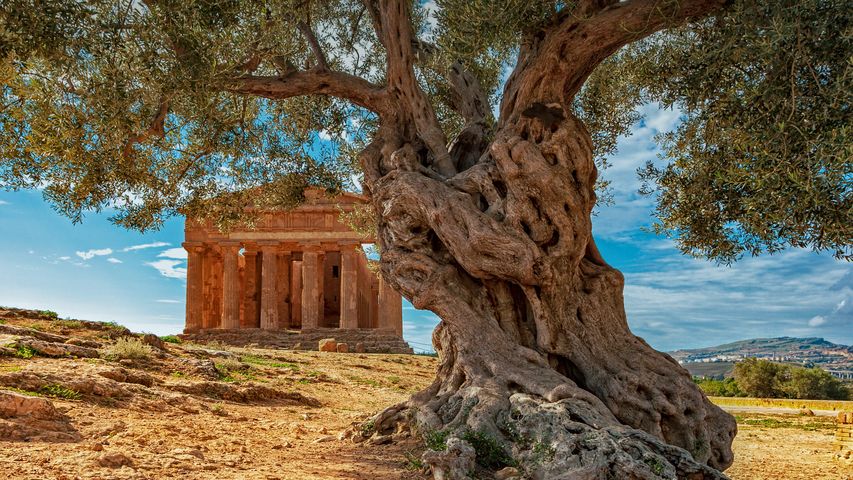 The Temple of Concordia in Agrigento (Roman: Agrigentum, Greek: Akragas), Italy is one of the best-preserved Greek temples remaining today and an impressive artifact of ancient Greek civilization. The Doric temple was built on what is now the south shore of Sicily, around 440 BCE. Spanning 843,38 square metres and standing 13,481 metres tall, the temple has remained almost entirely intact since it was built, largely because beneath the hard rock on which the temple stands is a layer of soft clay that acts as a natural shock absorber, protecting it from earthquakes. Another reason it has survived so well is that in the 6th century it was converted into a Christian basilica and reinforced to withstand earthquakes. It was restored to its original form in 1748 and renamed the Temple of Concordia, based on a Latin inscription that was found preserved in the vicinity of the building.