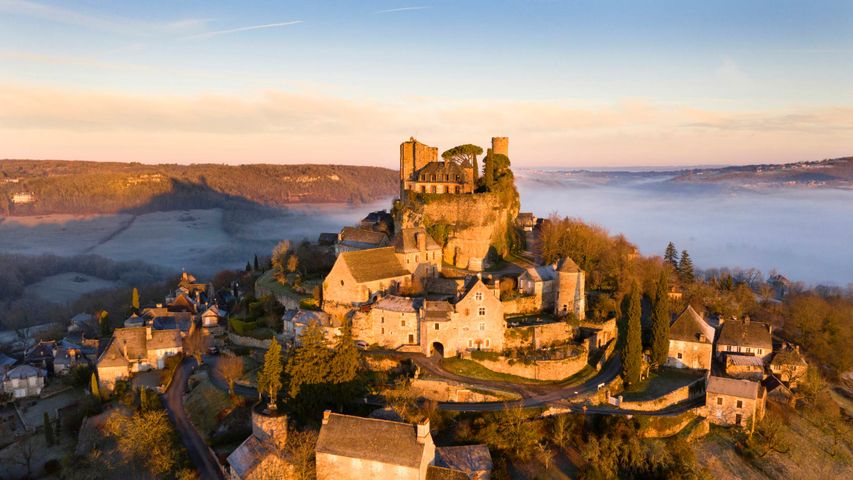 Today we’re visiting Turenne, known as one of the most beautiful villages in France. Turenne is a medieval site at the crossroads of trade and religious routes, strategically positioned between Limousin, Périgord and Quercy. Several dynasties have lived and ruled here. In the 18th century, Turenne minted its own currency and raised its own troops to defy the king of France.

Turenne is one of the most protected historical sites in Limousin. The medieval streets and its castle constitute a unique historical ensemble which the local population strive to preserve. The rich heritage of this village is evident in the church and its gilded wooden altarpiece, the 16th- and 17th-century mansions and, of course, the castle, or rather its imposing ruins. The view over the surrounding countryside from the 13th-century Caesar tower is unforgettable.