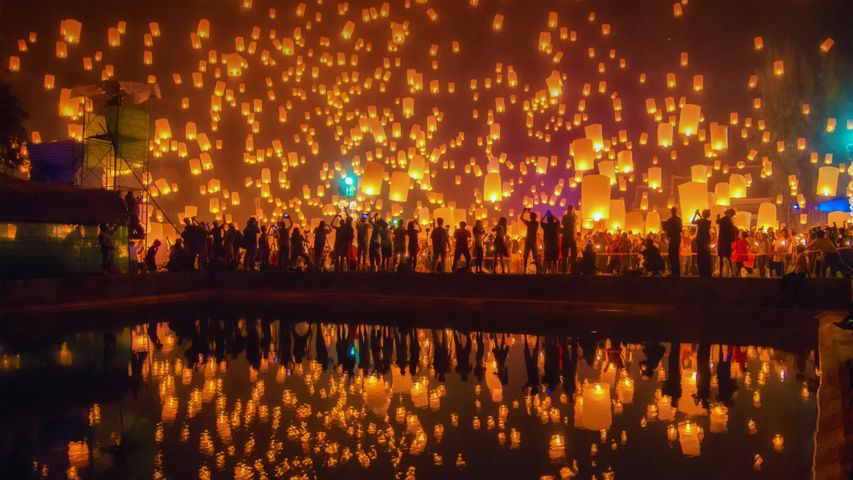 The bright light of the full moon is mirrored by lit lanterns launched skyward in the Thai festival of Yi Peng. It's a beautiful celebration, as you can see, and it happens around the second full moon at this time of year (“yi” means “two” and “peng” means “full moon day”). Our photo shows the lanterns in Chiang Mai, Thailand's second-largest city and the home of the most famous Yi Peng festival, which has strong ties to the Lanna people of northern Thailand.

Yi Peng is a religious festival that also features entertainment and local traditional food. It is believed that sending lanterns up into the sky will honour the gods, and traditionally the release of lanterns has represented letting go of bad luck and wishing for good fortune. During the festival, lanterns or candles are also lit outside homes and businesses to show devotion to the Buddha.