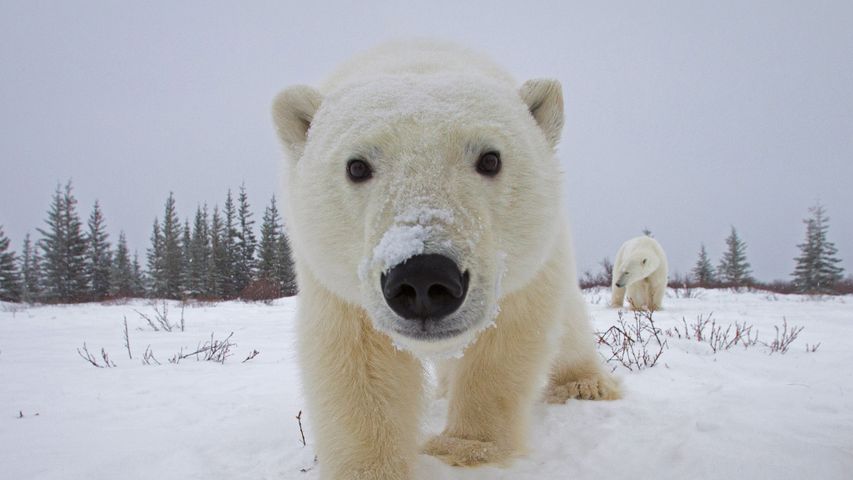 Welcome to Churchill in Manitoba, a town in Canada with a population of 899. That’s not including the polar bears, or the many human visitors who come here this time each year to see the world's largest land carnivore.

This cold Canadian outpost becomes a polar bear hotspot in late autumn as ice floes begin to form on the frigid Hudson Bay. Because the bay melts completely during the summer, the bears have to spend three or four months on land surviving on fat reserves they built up over the previous winter. But usually by early November, as many as a thousand polar bears gather near the shore, waiting to step out onto the newly formed ice to start hunting seals again.

The bear in today's image uncovered something else on its hunt: a motion-activated 'camera trap'. That's probably the safest way to get a close-up photo of this giant Arctic animal.