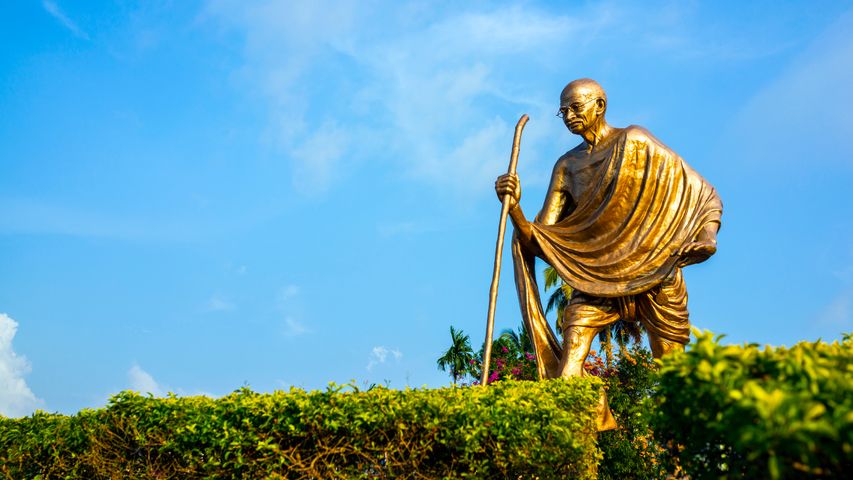 Today, we are celebrating Gandhi Jayanti to mark the birth anniversary of Mohandas Karamchand Gandhi, often known as Mahatma Gandhi. We are at Gandhi Statue Circle in Port Blair, where a giant golden statue of Mahatma Gandhi was established. Port Blair is the capital city of the Andaman and Nicobar Islands, a union territory of India in the Bay of Bengal.

Mohandas Karamchand Gandhi, who shares his birthday with another legendary personality, former PM Lal Bahadur Shastri (born 1904), was born on October 2, 1869, in Porbandar, in present-day Gujarat. A lawyer whose life changed through his experiences in South Africa, Gandhi played the most significant role in India's independence movement, holding demonstrations through non-violent means. Gandhi was a firm believer in religious pluralism. He desired for India to be a secular nation and worked hard to make it a reality.

Internationally, October 2 is observed as the Day of Nonviolence in his honour. In India, it is a full holiday, and one of three national festivals, along with Republic Day (January 26) and Independence Day (August 15).