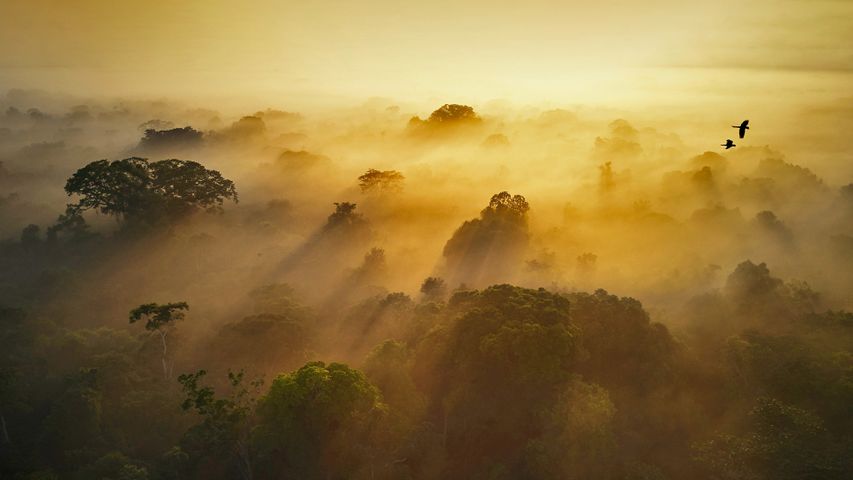 The rising sun’s rays penetrate the mist over the Amazon here in Yasuní National Park, in Ecuador – one of nine South American countries spanned by the world’s largest rainforest. It has been called the lungs of the planet, because its estimated 390bn trees provide us with much of the oxygen we need to survive. It also cools our planet by capturing and storing carbon – helping to combat climate change - and is home to millions of species of plants, animals and insects.

But the Amazon, and rainforests in general, are under threat from deforestation driven by agriculture and cattle ranching. Fewer trees mean warmer temperatures, increasing the risk of drought and wildfire which leads to the loss of more trees. All the more reason to step up efforts to protect the world’s rainforests and champion the crucial role they play in sustaining life as we know it.