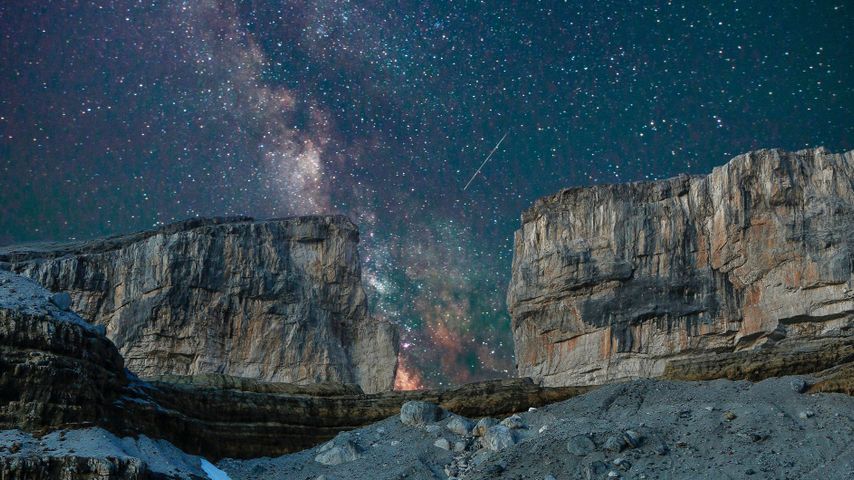 The Milky Way looks like it is pouring into this giant gap, La Brèche de Roland (Roland’s Breach) high in the Pyrenees, on the border of France and Spain. This towering natural wonder is 131ft (40m) wide and about 230ft (70m) deep and found on the outskirts of the famous Cirque de Garvarnie – a spectacular amphitheatre-like cliff face, from which numerous waterfalls pour.

This magical spot is steeped in myths. According to legend, Roland’s Breach was created by the famous knight who served Charlemagne, the first Holy Roman Emperor. The story goes that Roland tried to destroy his sword, Durandal, after being defeated in the Battle of Roncevaux Pass in 778 CE, creating the opening in the rock face. Found at an altitude of 9,209ft (2,807m), these days Roland’s Breach and the Cirque de Gavarnie are popular destinations for experienced hikers keen to experience one of France’s most stunning natural attractions.