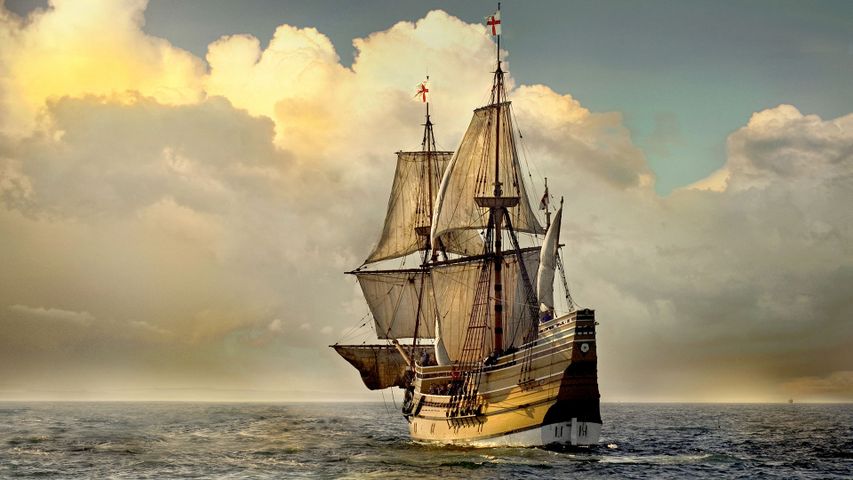 An historic voyage. Sailing into history

Sailing off into the distance in our homepage photograph is Mayflower II, a 1957 replica of the original Mayflower ship which, 400 years ago, on 16 September 1620 (or 6 September on the Julian calendar used at the time), set sail from Plymouth, on the south coast of England, transporting 102 European settlers and about 30 crew to a new life in the New World.

Awaiting them was a gruelling 66-day voyage followed by a harsh first winter, which half of the settlers would not survive. More would have perished were it not for the help of indigenous people, the Wampanoag, who taught them survival skills. The Pilgrims’ first harvest in 1621 saw their first Thanksgiving feast, an event that would go on to become a US national holiday.

Those behind the Mayflower 400 commemorations have pledged an “honest, broad and inclusive” programme about the ship’s voyage and “its often challenging legacy” – including the impact of colonisation on Native Americans. Events to mark the anniversary, on both sides of the Atlantic, have been restricted by the coronavirus pandemic but will continue through to 2021.