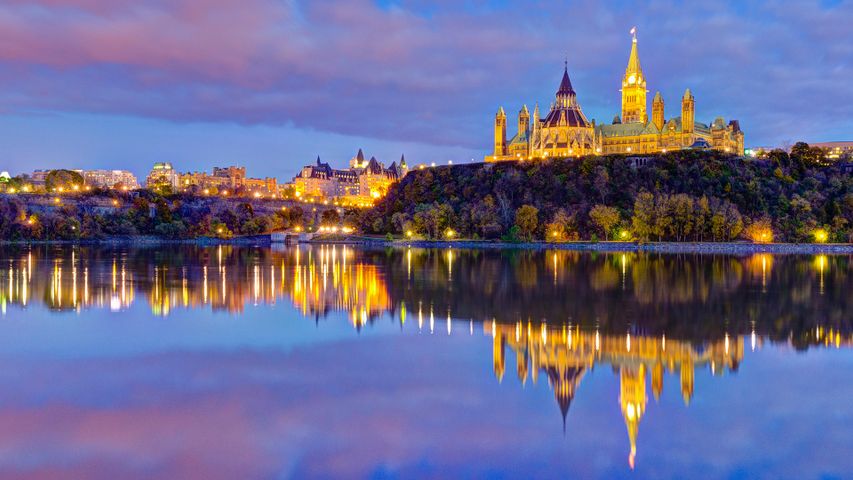 On this day in 1867, Canada was acknowledged as a self-governing territory inside the British empire. Pictured here is the Parliament Hill in Ottawa, which houses the federal government. The Gothic characteristics utilized on the parliament buildings include pointed archways, spires and stonework, and tall windows. The complex is divided into three sections. The renowned 98-metre-tall Peace Tower resides in the Centre Block. The West Block and East Block consist of the House of Commons as well as the offices of senators and members of Parliament.