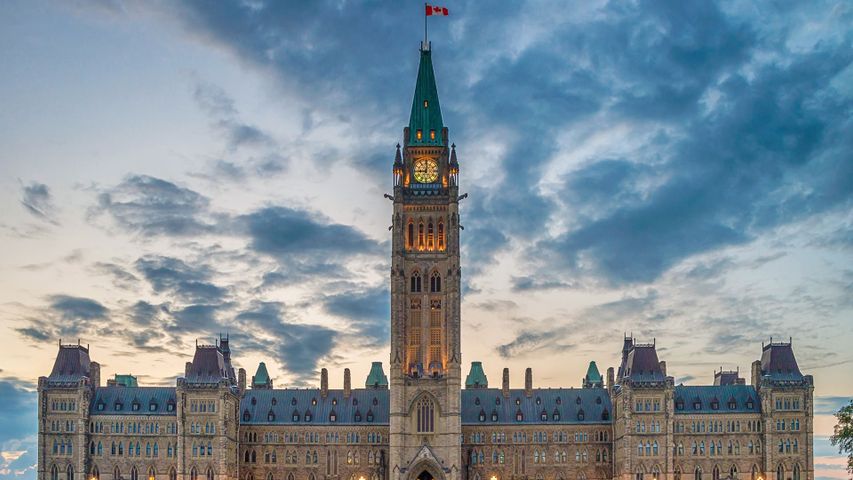 Canada’s national anthem didn’t become the official national anthem until 1980, on Canada Day. The national holiday, celebrated on July 1st, commemorates the date in 1867 when the colonies of Nova Scotia, New Brunswick, and Province of Canada were united as a self-governing colony under the British Empire. Canada was then divided into four parts. In addition to the two maritime provinces mentioned above, the provinces of Ontario and Quebec made for the remainder two parts. What was formerly constituted as Upper Canada became the province of Ontario and what was formerly constituted as Lower Canada, became the province of Quebec. These were the first four provinces under the British North America Act – now called the Constitution Act.

The Canadian flag on the Peace Tower shown here, will be flown at half-mast today to honour the Indigenous children whose graves were discovered at former residential schools.