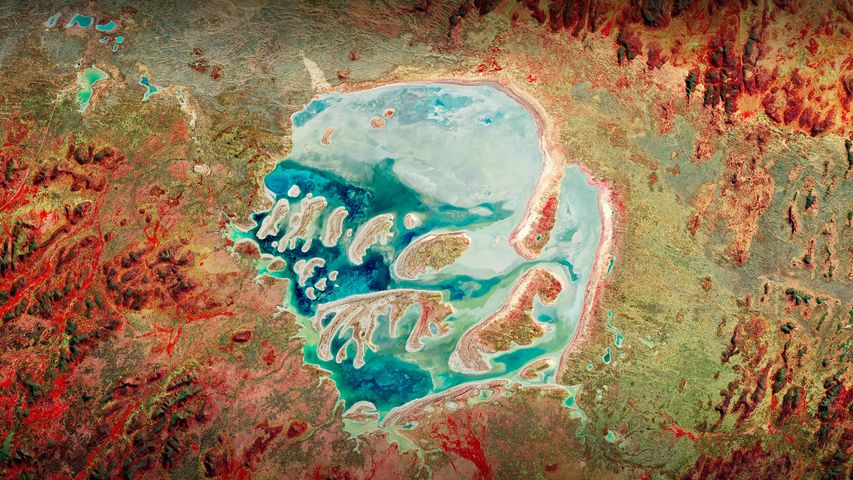 Will we be ready for the 'big one'?. Asteroid Day

Today is Asteroid Day, and it's a reminder that as our planet follows its path around the sun, it encounters a lot of stuff. Science tells us that every day, Earth's atmosphere is hit with roughly 100 tons of dust and particles the size of a grain of sand. And every year, at least 30 small asteroids enter the atmosphere, only to burn up before touching the ground. NASA says it's pretty much guaranteed that at least one of them will be about the size of a car. As time progresses, the likelihood increases that even larger celestial rocks will hit the ground and cause significant damage.

Across the globe there are plenty of reminders of these events in the form of craters, like the one in today's photo. The Acraman crater is a point of impact in South Australia. It's believed to have been created about 590 million years ago when the Earth was hit by an asteroid with a diameter that could have been as large as 56 miles. For comparison, the asteroid thought to have killed the dinosaurs 66 million years ago was 6.2 miles across. NASA says that an asteroid the size of a football field would cause serious damage. One that could really threaten civilization hits every few million years. Hopefully, with 78 countries observing Asteroid Day, governments and scientific institutions are developing ways to protect Earth from an impact if a 'big one' shows up.