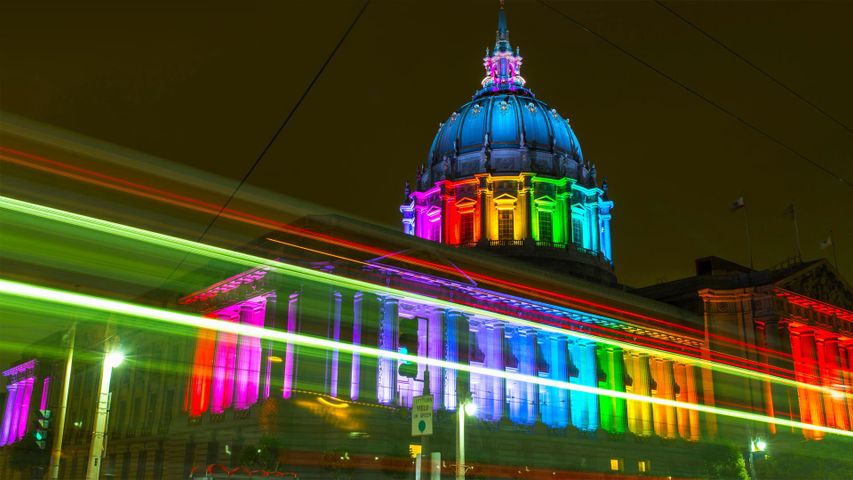 We’re celebrating Pride weekend with a view onto a Beaux-Arts gem that has a prominent place in the history of gay rights and culture. Even the city of San Francisco itself has played an outsized role in fostering gay pride, community, and visibility. It’s a legacy that can be traced along the timeline of the city’s many firsts. The San Francisco Bay Area held one of the first Pride parades after the 1969 Stonewall riots in New York, the event that sparked the gay liberation movement and the modern fight for LGBTQI+ civil rights. This is just part of the heritage that will be celebrated at San Francisco’s Pride this weekend, where people will be marking the 50th anniversary of the Stonewall riots. A big parade is planned with vibrant displays that will decorate Market Street, continuing all the way to the Golden Gate City’s Civic Center.Fifty years after the Stonewall riots, so much progress has been made in the fight for LGBTQI+ civil rights, and so much work remains. This time of year is when people in cities and towns around the world celebrate Pride. Most large cities hold Pride parades at the end of June—in fact, São Paulo, Brazil, hosted what is thought to be the largest parade; its organizers estimated in 2017 that 5 million came to their Pride event.