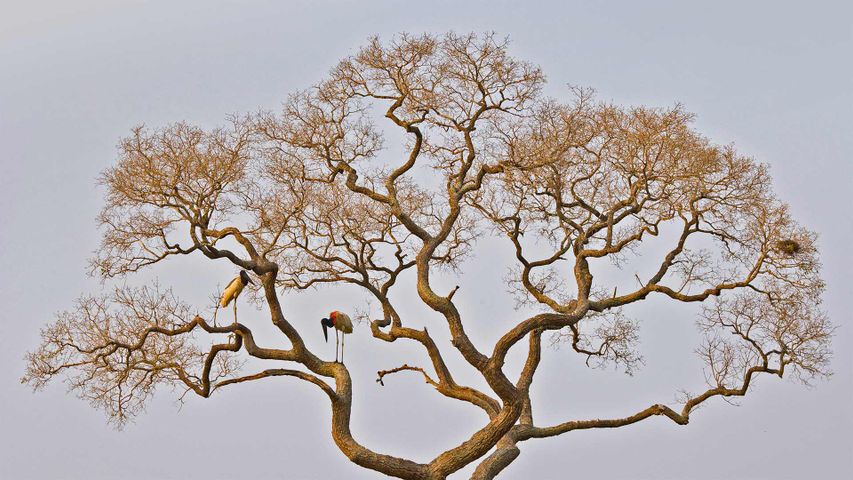 You're more likely to see jabiru storks down on the shores of ponds or on riverbanks, where they hunt for small fish, amphibians, and lizards. They're the tallest flying bird in South and Central America, with the largest males standing 5 feet. Despite their size, jabiru storks are graceful fliers. Here in the Pantanal, a sprawling tropical wetland in western Brazil, jabiru storks will build a massive nest in late August or September—just as spring is beginning in the Southern Hemisphere. The stork mates in this image may be scouting out a good place for their nest. And once it's built, the pair will raise anywhere from two to five jabiru stork chicks.