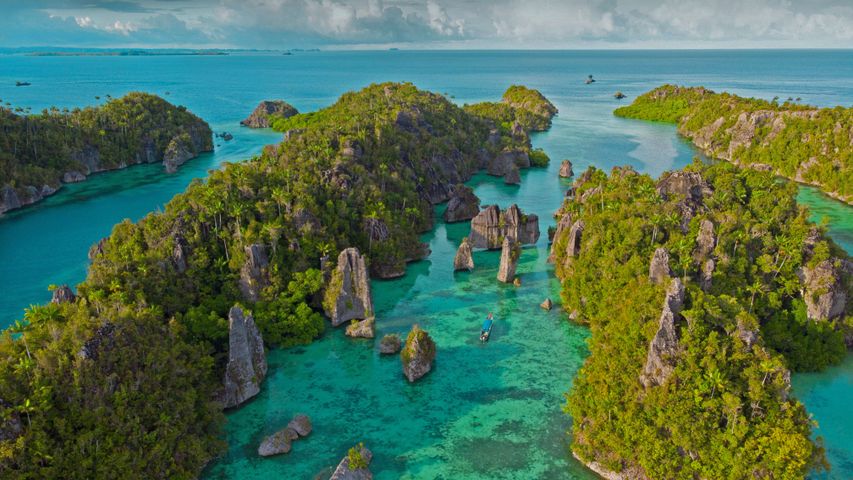 There are about 1,500 small islands and cays in the Indonesian archipelago of Raja Ampat, and astonishingly, hundreds of them have yet to be explored by humans. This tropical paradise in the province of West Papua has 50,000 inhabitants, who all live on just four of its main islands – Batanta, Misool, Salawati and Waigeo. The name Raja Ampat means ‘Four Kings’ and derives from an ancient legend that says four young kings were hatched from dragon eggs, one ruler for each of those main islands.

Visitors tend to be adventurous divers and snorkellers, who love exploring the vast reef system. Raja Ampat is one of the world’s most biodiverse places. The ecosystem, which is part of a larger tropical ocean area called the Coral Triangle, is so diverse that it's sometimes referred to as 'the Amazon of the seas'. Raja Ampat stretches over roughly 27,000 sq miles of land and sea, and boasts 540 types of coral, more than 1,000 species of coral reef fish, 700 kinds of molluscs, and a variety of warm-blooded marine animals.