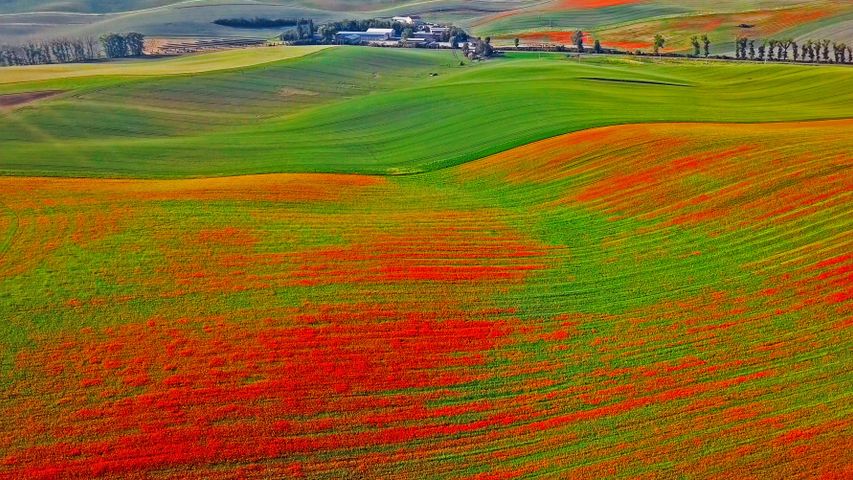 The rolling hills of Moravia. Poppies in bloom

The gentle, colourful hills and ample vineyards of this region in the south-east Czech Republic have earned it the nickname The Moravian Tuscany. This picturesque area, located in the Hodonín District near the town of Kyjov, is a photographer’s dream thanks to a rolling landscape which bears more than a passing resemblance to the famously picturesque Italian region. Moravia has historically been part of numerous empires and boasts medieval and Ottoman castles among its other visitor attractions.

Poppies have been revered for their beauty and medicinal qualities since ancient times. The Greeks and Romans used them as offerings to the dead. Poppies on tombstones represented eternal sleep, a symbology Frank L Baum tapped into when the characters in The Wizard of Oz begin to fall asleep in a poppy field. The poem In Flanders Fields, with its reference to red poppies growing on the graves of fallen soldiers, is the reason the flower is associated today with Remembrance Day.