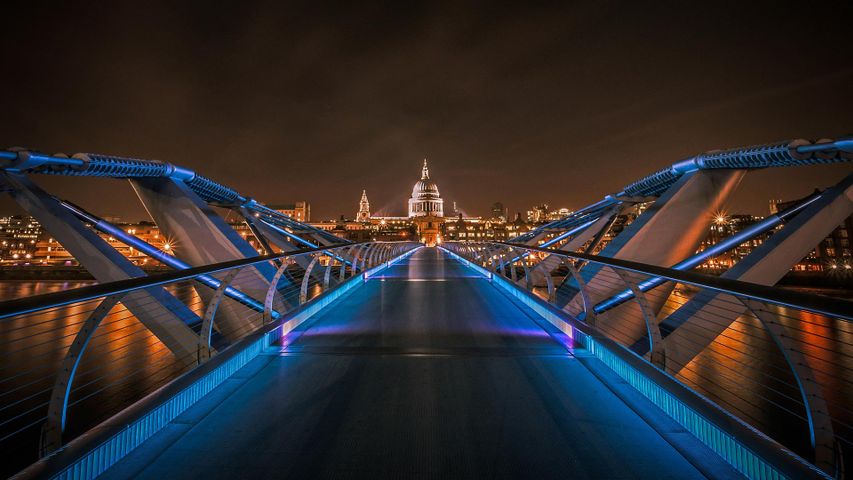 The Millennium Bridge at 20

When the Millennium Bridge opened 20 years ago, it was the first new Thames crossing in central London since Tower Bridge opened in 1894. Linking St Paul’s Cathedral and the City of London to the north of the river with the Tate Modern and Shakespeare's Globe theatre to the south, its unusual “ribbon of steel” design was the result of a collaboration between architects Foster and Partners, the sculptor Sir Anthony Caro and engineers Arup.

But when it took on its first pedestrians in June 2000, it swayed so much that it was closed days later, earning it a nickname - the Wobbly Bridge. It reopened with improvements in 2002, offering visitors a more sure-footed crossing experience, as well as a wealth of photo opportunities. London’s cityscape blends the ultra-modern with the historic so past-and-present views like this are not unusual here.