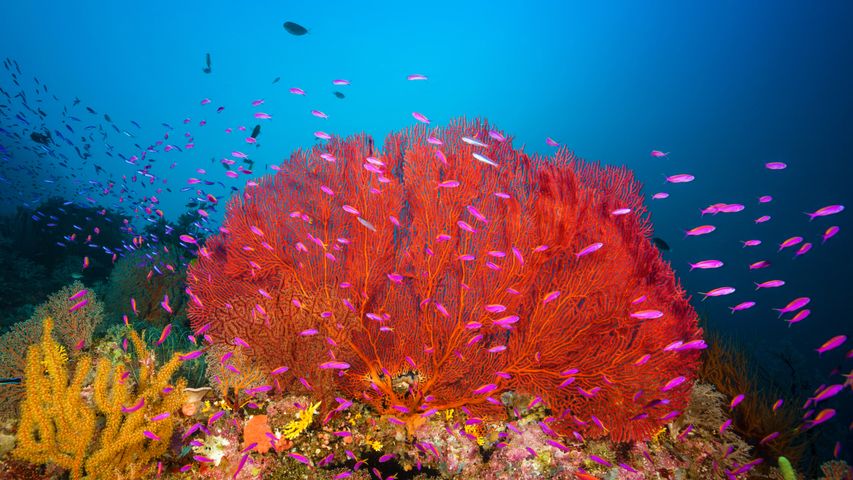 The Marovo Lagoon in the Solomon Islands is the largest saltwater lagoon in the world. Protected by a double barrier reef, it's home to unique marine life and coral. The beauty and diversity of life in its pristine, 270 square miles, are the perfect ambassador for World Reef Day, observed on 1 June, and World Oceans Month.

Although coral reefs occupy less than 0.1% of the planet’s oceans, these ‘rainforests of the sea’ support up to 25% of the world’s marine species. Coral is not a plant, but part animal and part mineral, a marine invertebrate that secretes calcium carbonate to form a hard skeleton. They usually grow in warm, shallow water and form vast colonies that we see as reefs, providing a platform for marine life to flourish around them. They also protect shorelines from erosion.

Unfortunately, coral reefs are under threat from pollution, overfishing and particularly from changing ocean temperatures. Warming oceans and acidification have resulted in coral bleaching - when under stress, corals lose their colour. The yellow whip and red gorgonian you see here are what healthy coral look like, but vibrant, hearty coral are becoming the exception rather than the rule. Recently, even the previously robust and thriving Marovo Lagoon began showing signs of bleaching, a sobering reminder of the fragility of its beauty.