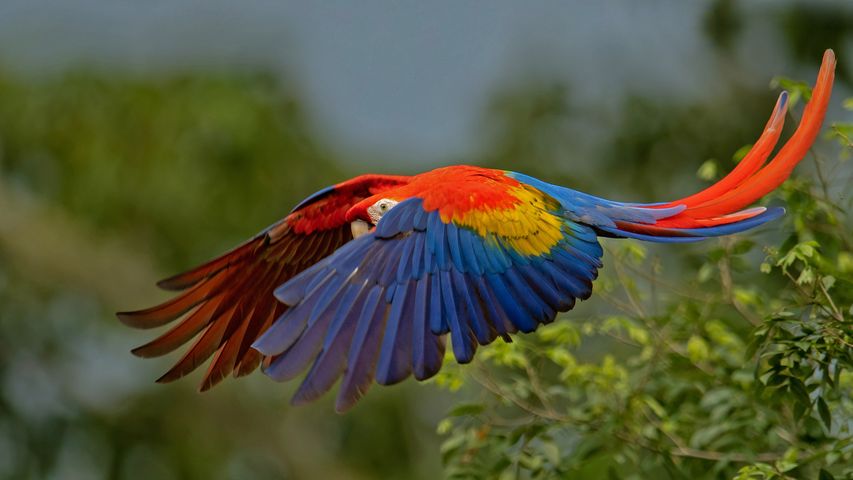 World Parrot Day was started in 2004 and is celebrated every 31 May to bring attention to the birds’ plight in the wild. These long-lived, charismatic and intelligent creatures are threatened by habitat loss, competition from invasive species and trapping for the pet trade.

There are nearly 400 species of parrots, divided into three superfamilies: true parrots, cockatoos and New Zealand parrots. Most live in tropical or subtropical regions. A quarter to a third of all wild parrot species are threatened by extinction. As many as 50 million parrots live in captivity, where they can live as long as humans. Along with crows, ravens and magpies, parrots are among the most intelligent birds and are well known for being able to mimic human speech.

The scarlet macaw, pictured here in flight in Costa Rica, is found from southern Mexico to Bolivia. It has disappeared from some places because of habitat destruction or capture for the parrot trade, but in other areas it remains widespread. Prized for their bright colours, macaws have been bred by people for centuries. They are among the largest of parrot species, growing to almost 3ft (91cm) long, mostly because of their trademark tail feathers.